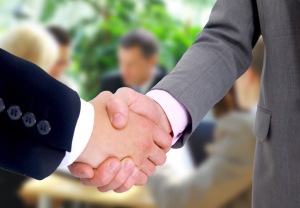 It was a lovely dinner at their favorite restaurant with appetizers, wine, a beautifully presented main course and a special dessert, prearranged with the chef by John. Following a lengthy explanation the nature of commitment proclaiming his deep love for her, and a declaration of intent-to-marry, Sam dropped to one knee, gazed into Susannah’s eyes, and said those four heart throbbing words— Will you marry me?

She, of course, said yes! They were engaged. Over the next few weeks they excitedly told family and friends about their intended path toward matrimony, choose invitations, booked a place for the wedding/reception, and groveled at their parents’ feet for the $50,000 to pay for it all. They had much to discuss. Do I hear $12,000?

One night after watching a movie together, John slipped in the idea of having a prenuptial agreement, to assure their commitment would always last. Susannah was less than enthusiastic.

To be sure, contracts are meant to protect both parties in case something goes wrong with their commitment to each other. In business, that’s wise. In marriage? It seems more like a guarantee of temporary bliss followed by eventual failure.

The sad thing is that too many contracts are designed with loop-holes that can be used to default on the commitment. We think— If things don’t go perfectly (read- the way I want them to), then I’ll just sneak out of this one. Be it in a marriage or a merger, if we don’t get everything we want— we end it.

There are many reasons these escape clauses are slipped into contracts. One of the main reasons is that, over centuries, people have come to learn that they cannot trust one another, in business or in marriage. “I have to protect my own self first.” If people were inherently good this would not be a problem of course; but history shows otherwise.

Thus do we compromise on our commitments. We find those loop-holes that we can slip through and so slip our way out of the spirit of the agreement, though not the letter of the contract. We renege on our commitments in relationships, in business, and in life in general; all to protect ourselves and then the other parties.

What would happen if we put the other person or company first? What if the contract or marriage vow assured blessing and safety for the other first? Could we possibly be hurt or betrayed? Of course. But we would also be on our way to changing this world.